1st Aylsham Cubs developed their ‘green fingers’ working with Aylsham in Bloom and the Royal Horticultural Society (RHS) to build a border and planters outside the Drill Hall in Aylsham.  An RHS grant under the Greening Great Britain Campaign helped with funding the project and Alison, the RHS Regional Representative, designed the planting and helped supervise the work. The cubs learnt about encouraging wildlife with plants to encourage bugs and bees. 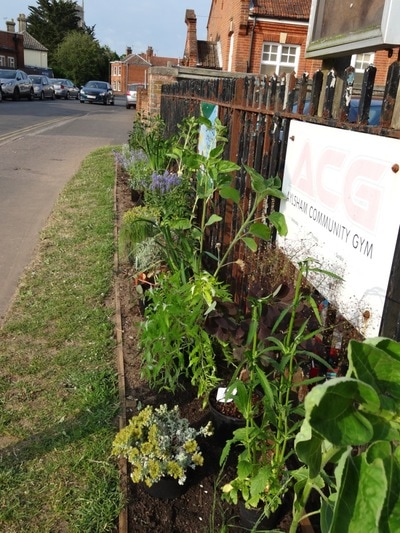 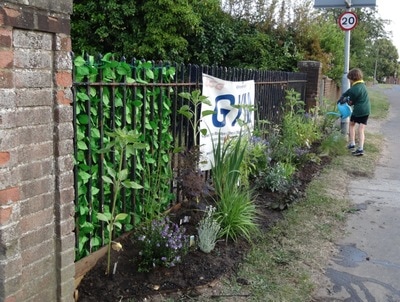 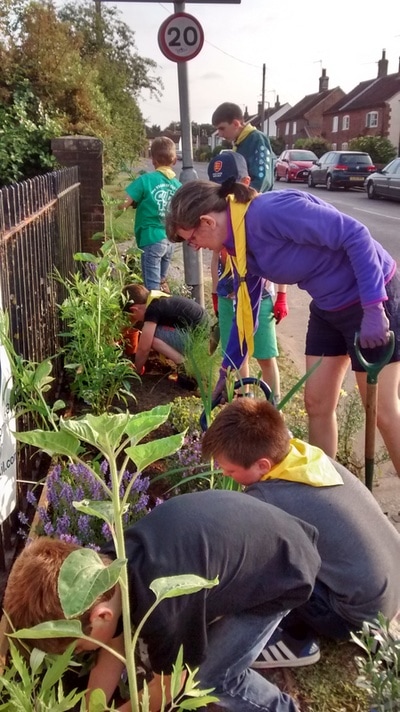 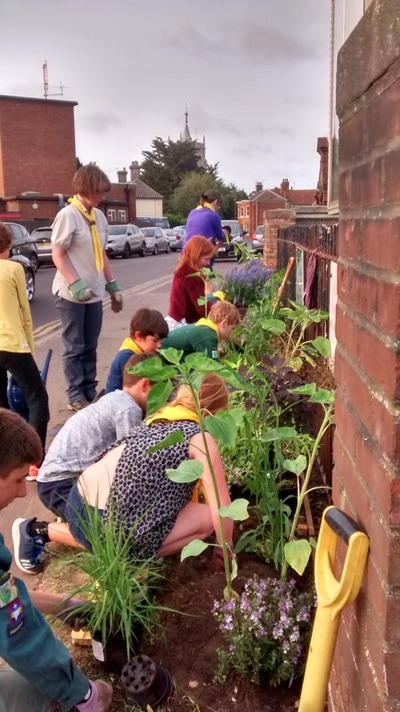 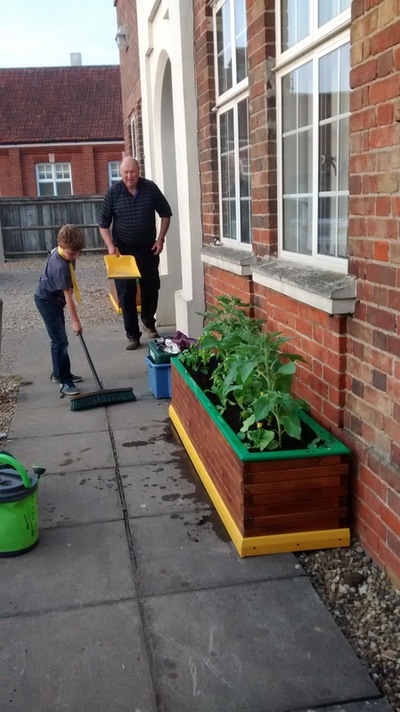 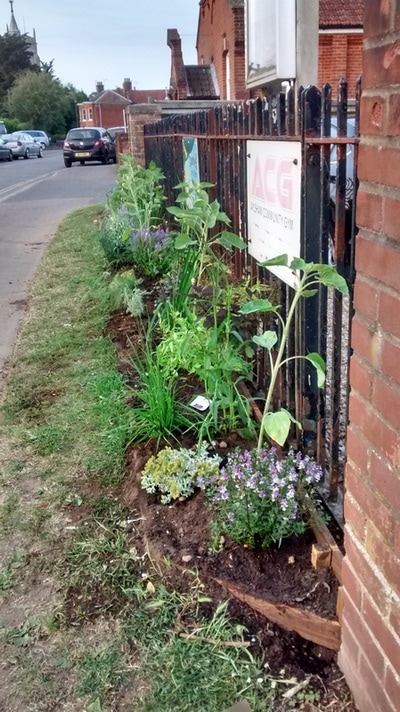 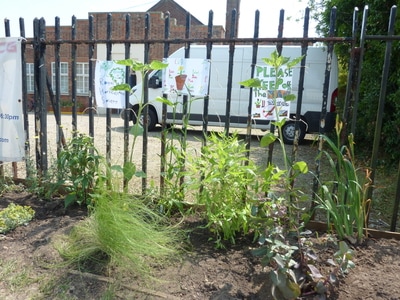 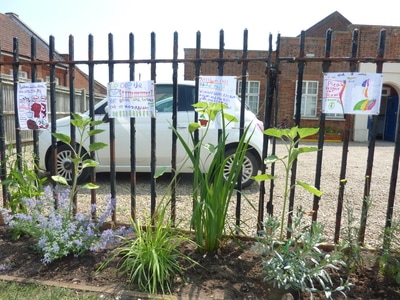 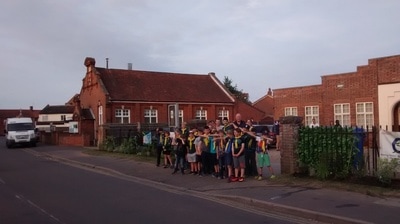 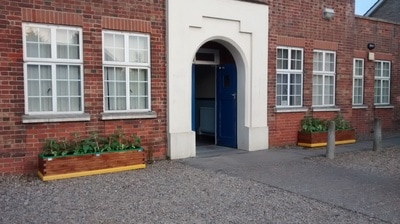 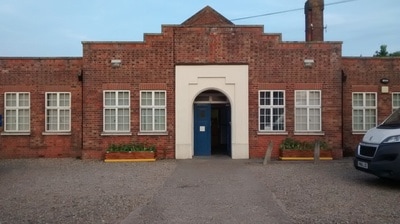 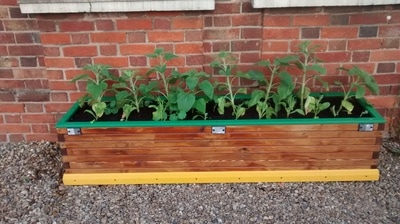 The Purple4Polio campaign is an exciting partnership between Rotary International in Great Britain and Ireland and the Royal Horticultural Society (RHS). The purple crocus is a symbol of Rotary’s worldwide campaign to eradicate polio, with its colour representing the purple dye used to mark the finger of a child who has been immunised.

Aylsham Rotary and Aylsham in Bloom have joined forces to support this campaign and plant thousands of crocuses across Aylsham. 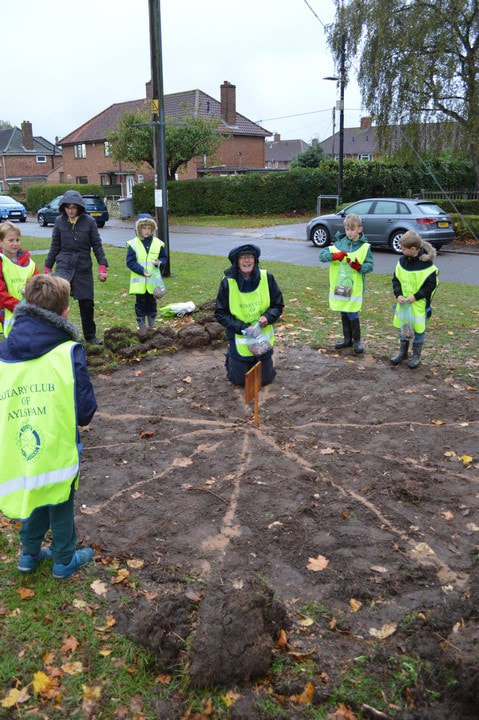 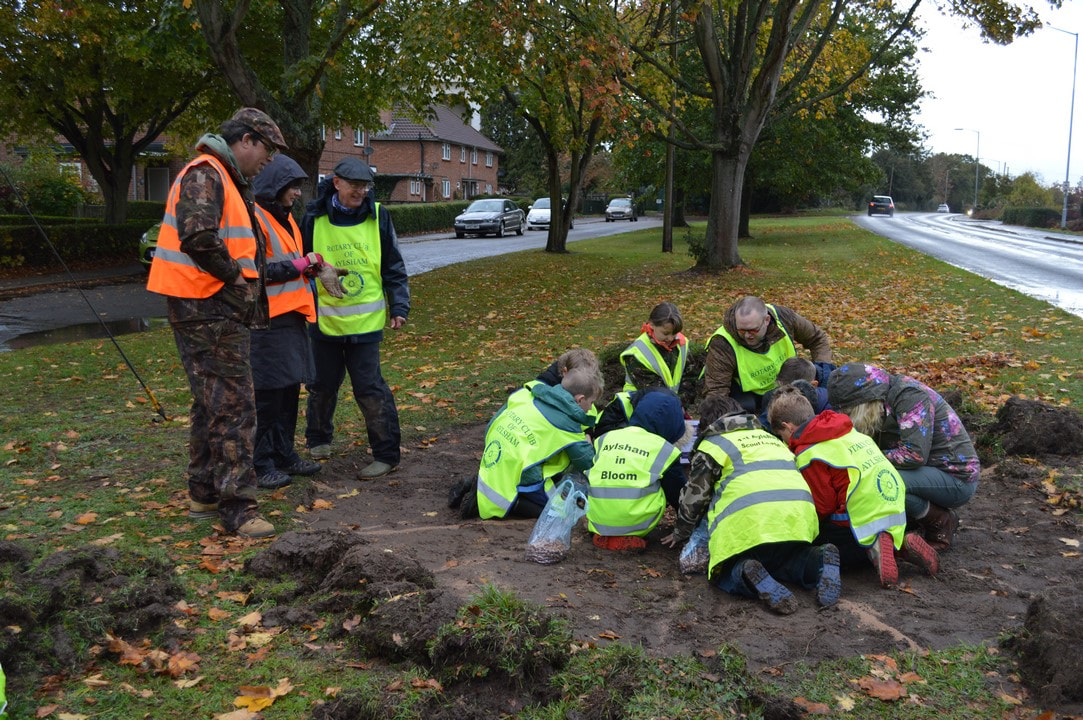 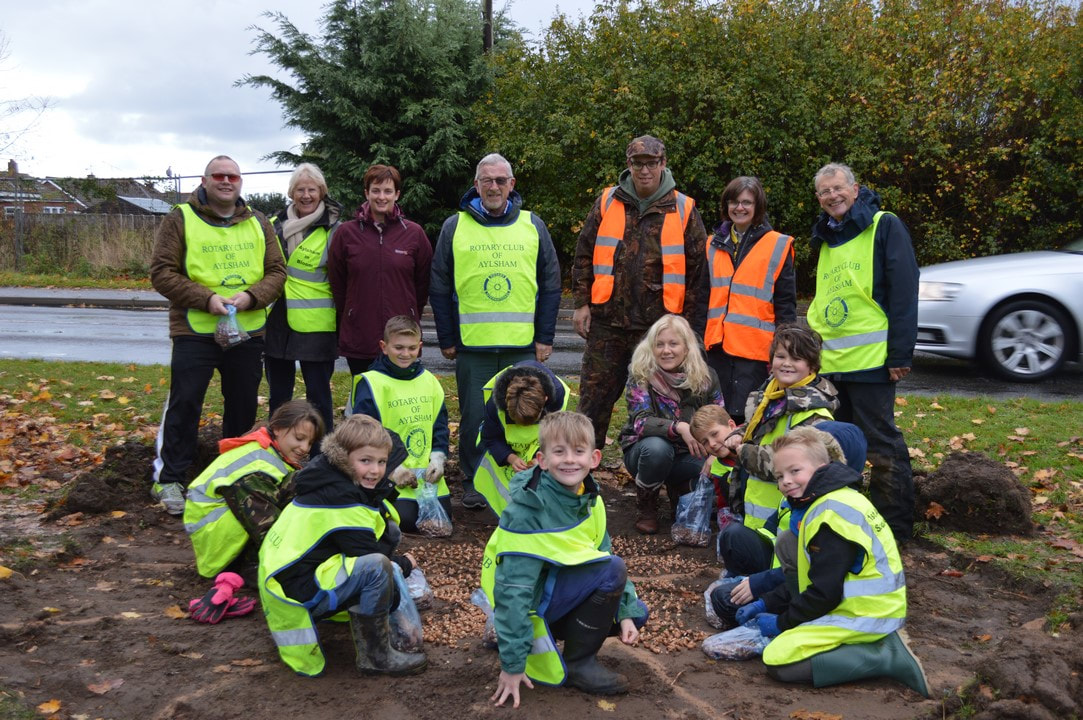 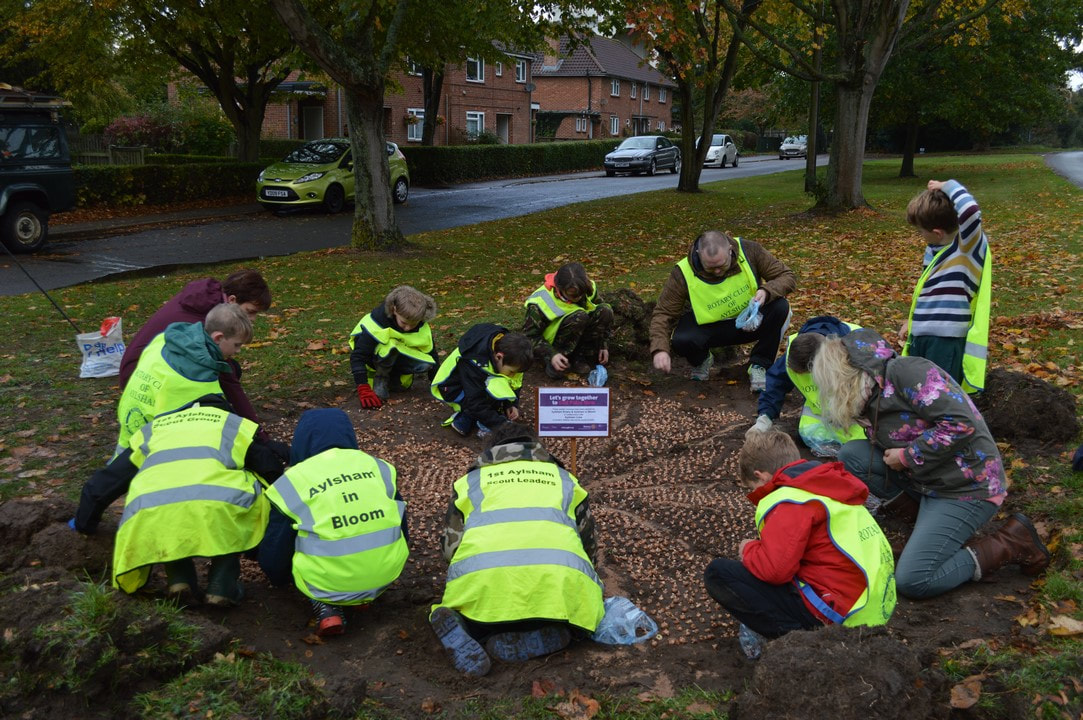 Having led Aylsham's entry into the Britain in Bloom, Anglian Region Competition and winning Gold, the Aylsham in Bloom team were honoured to be asked by the Town Council to switch on the Aylsham Christmas Lights. Following the switch-on the Bloom team met at the Heritage Centre for mulled wine, mince pies and a chat.
Powered by